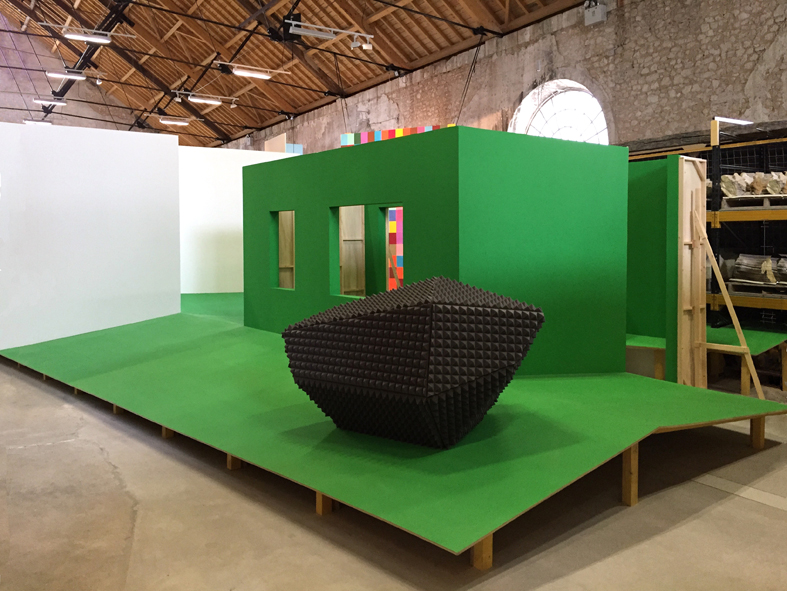 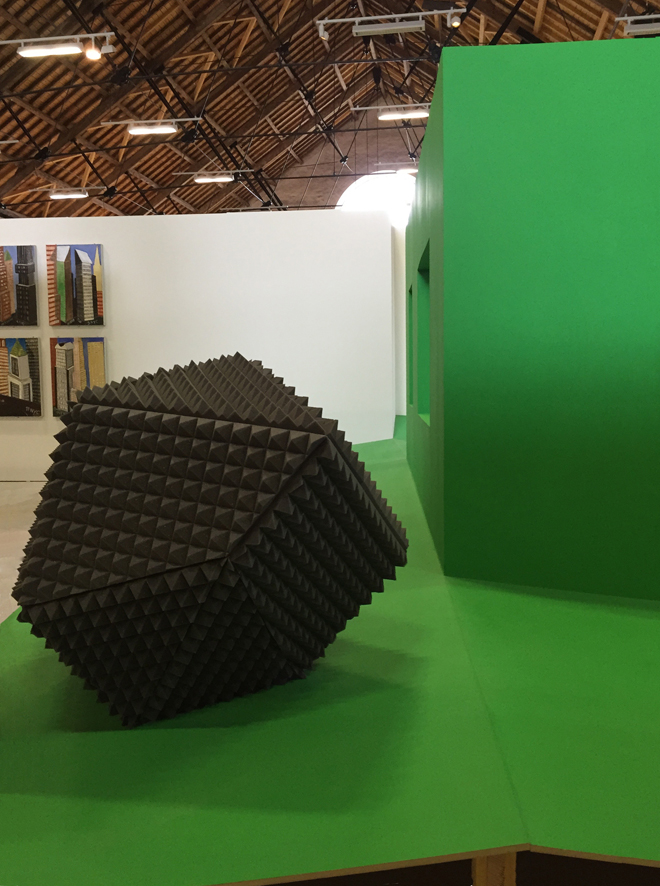 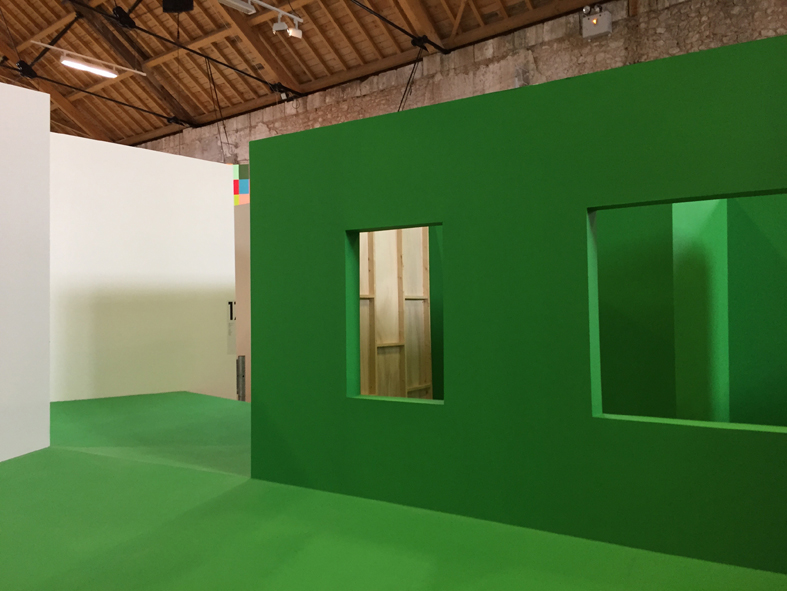 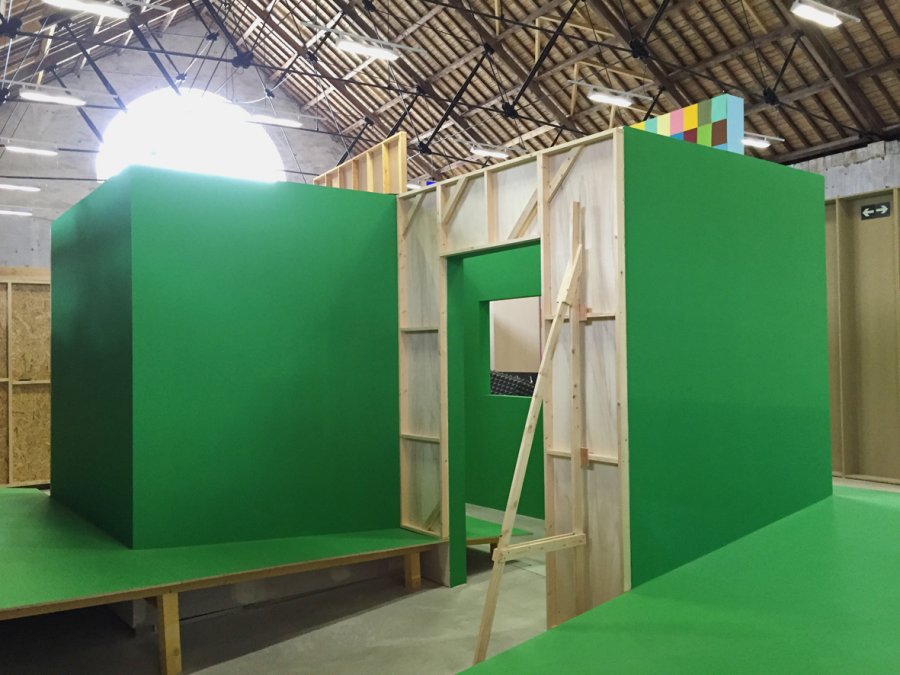 The bias of “micro-spaces” in the merry-go-round, for each of the artists, leads me to make my “micro-space” an installation. This will take the form of a plasterboard construction in which the visitor can move.
Like a living room, with doors and windows, this space will be covered with green “inlay” paint, the one used in video and cinema studios to assemble characters or objects in a setting or landscape where they were not. Two spaces, the real and the virtual, two temporalities assembled to make ONE.
Elements of topographies will be installed around this habitat and even penetrate it, also covered with “inlay” paint. A “sound rock”, a faceted form of a simplified rock, will be covered with pyramid acoustic foam, the one used in recording studios. This sculpture will be placed on one of the topography elements.
In addition, a soundtrack will be broadcast in this space. It will be composed of an “abstract” sound between low level creaking and creaking and at very irregular intervals, the sound of a helicopter at a higher level.
The spectator will be confronted with a collage or montage, in an abstract landscape, where different situations will be juxtaposed and where instability will dominate.