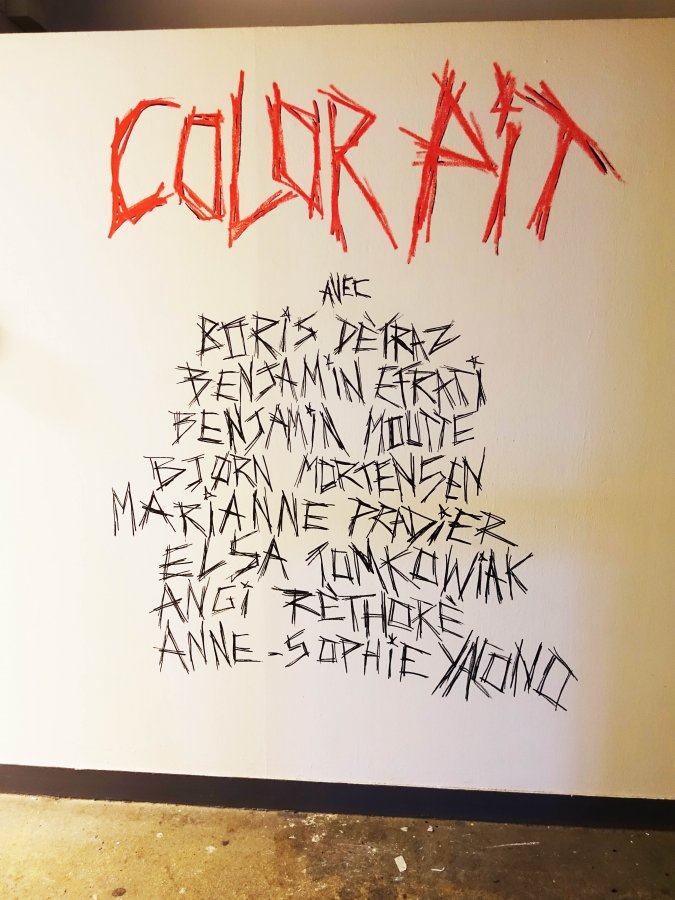 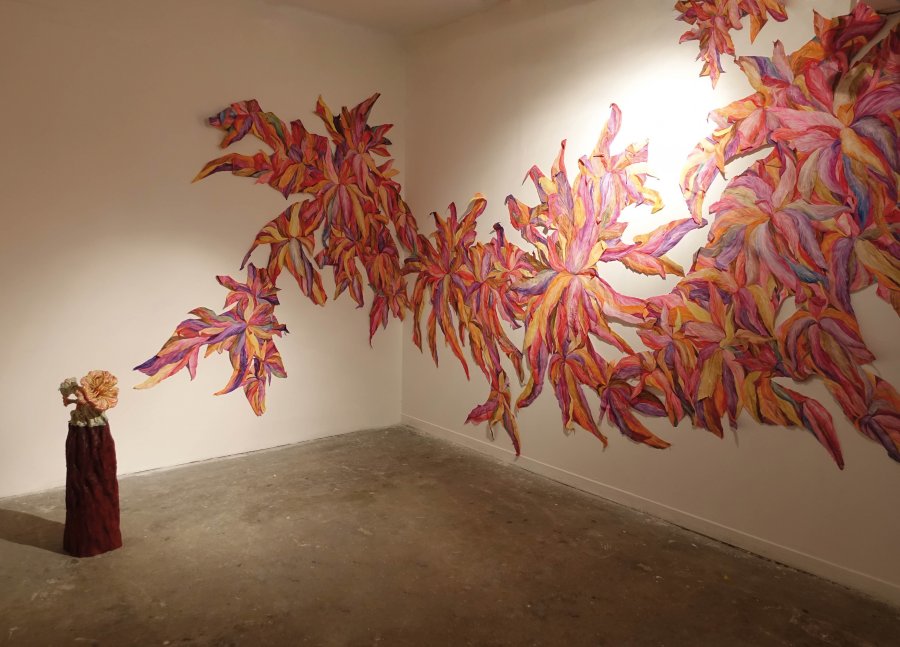 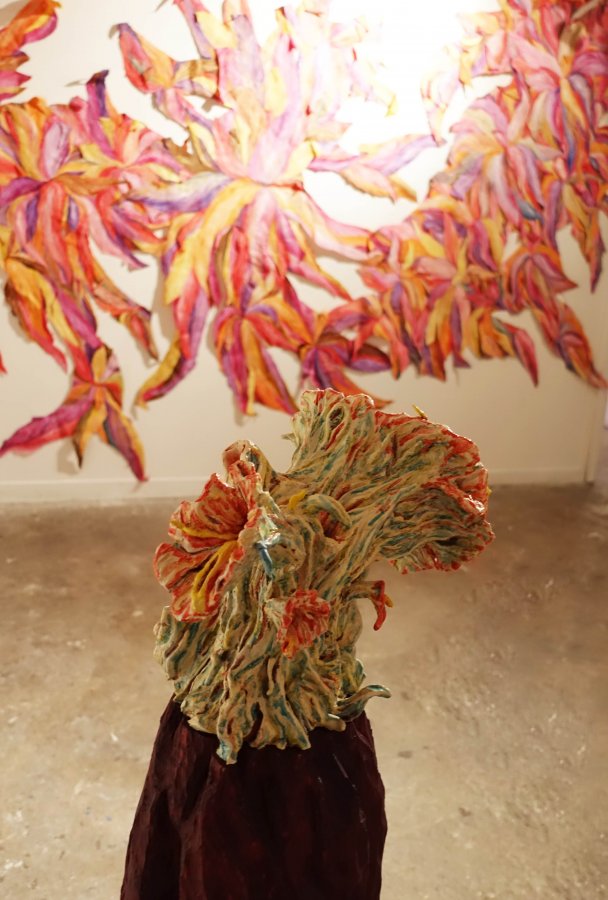 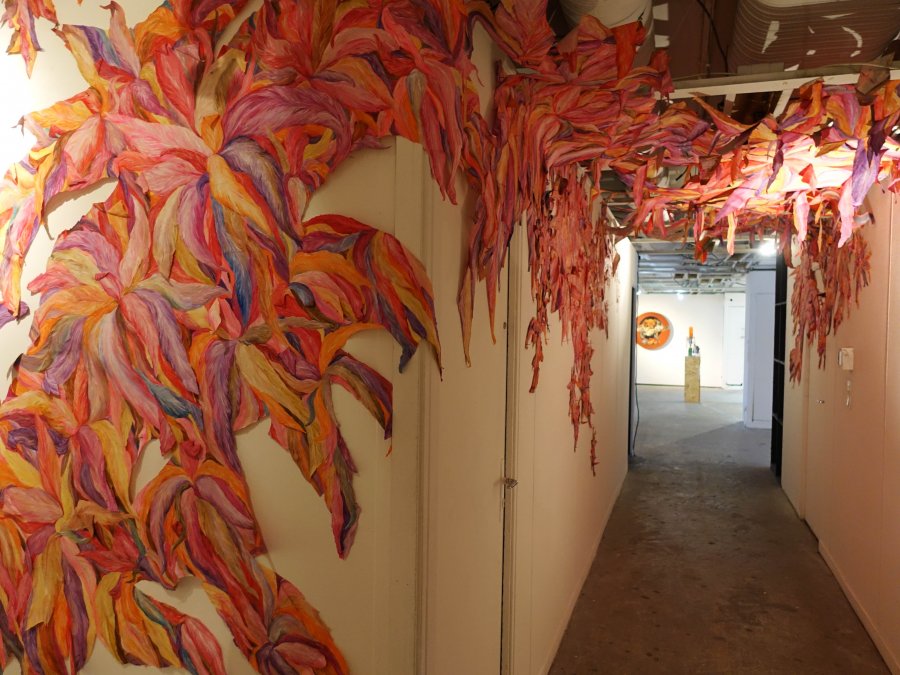 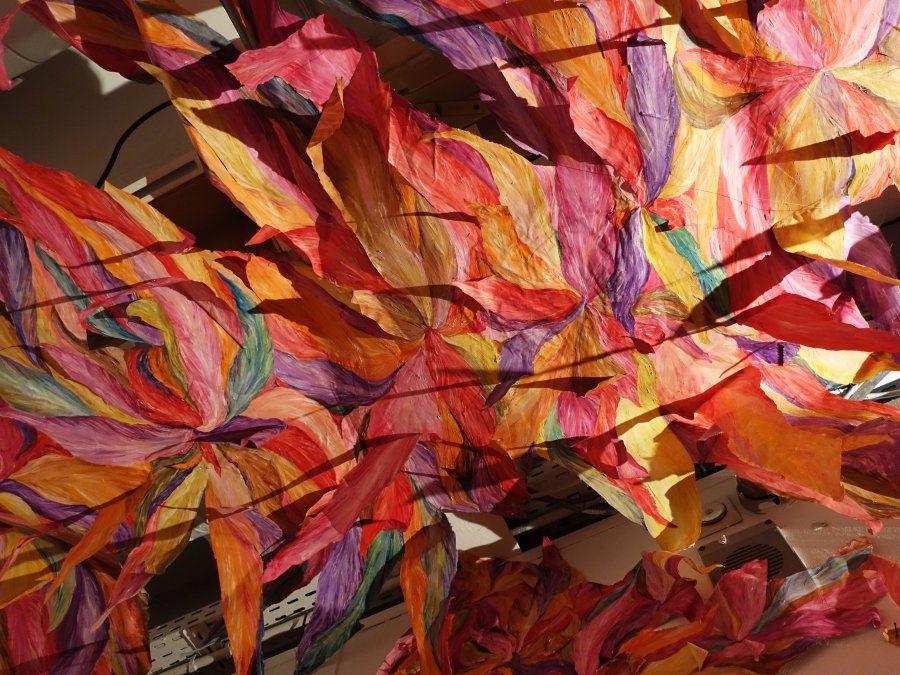 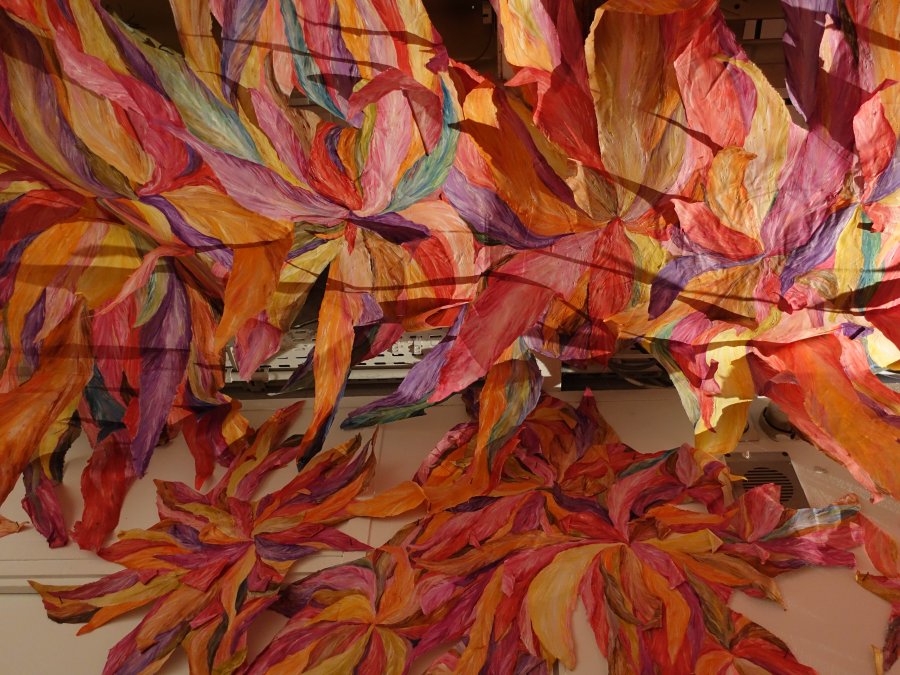 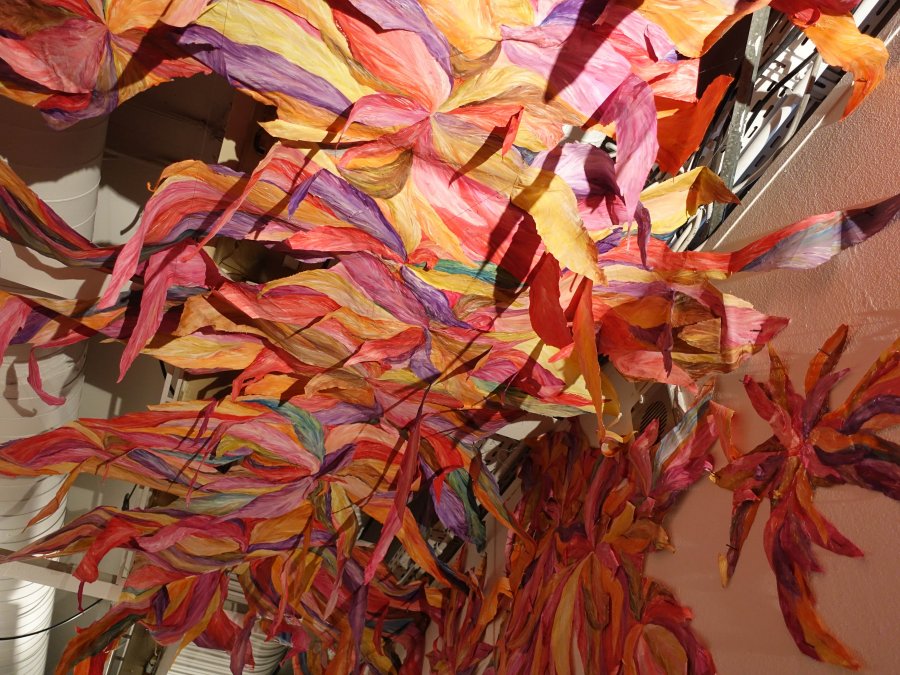 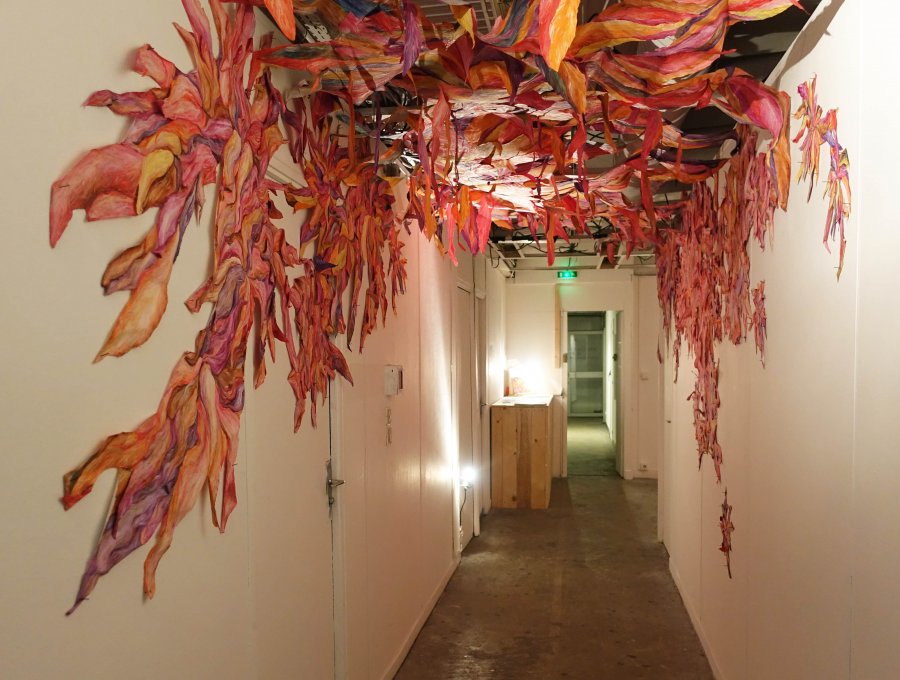 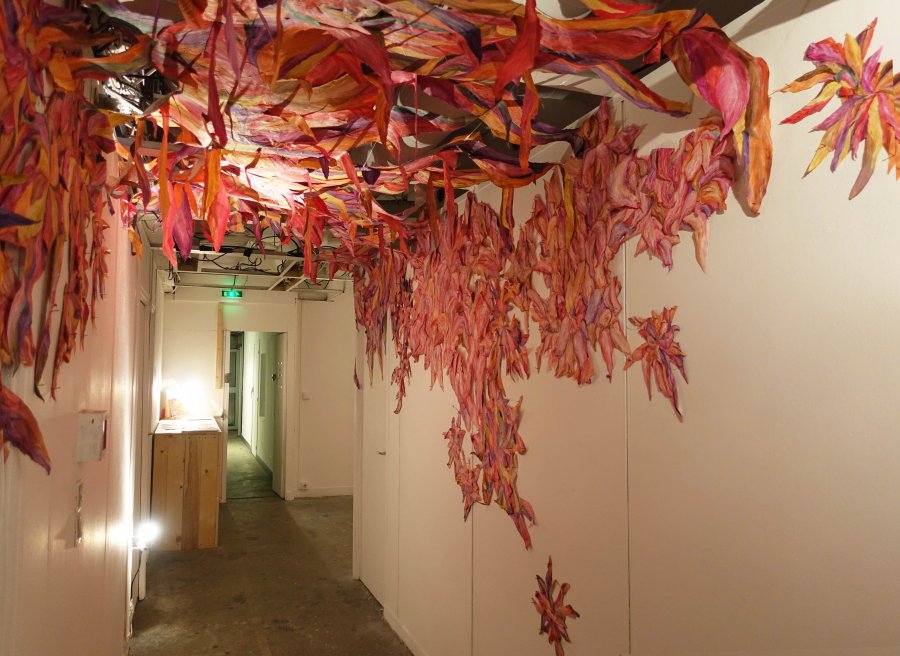 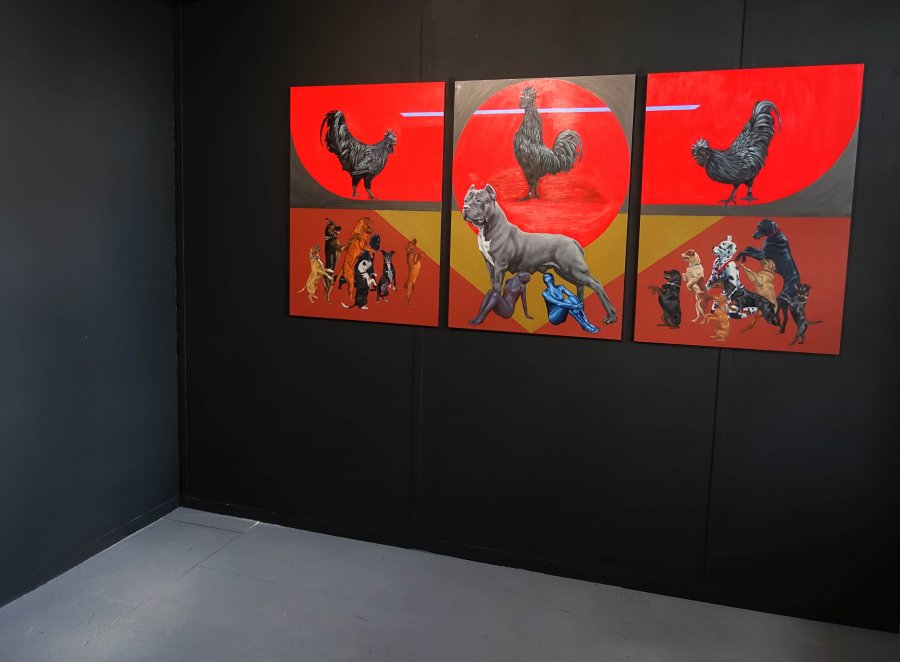 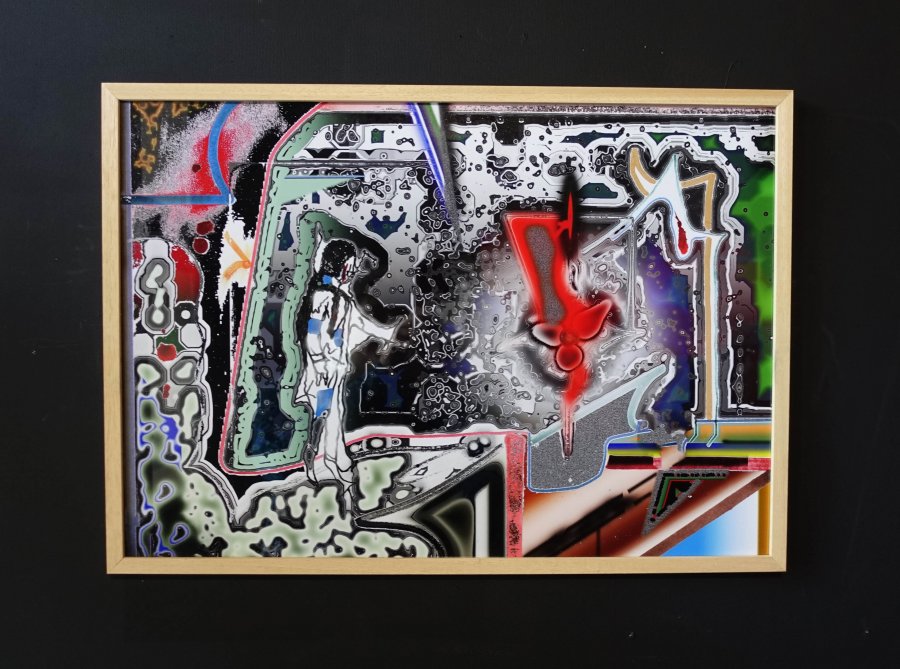 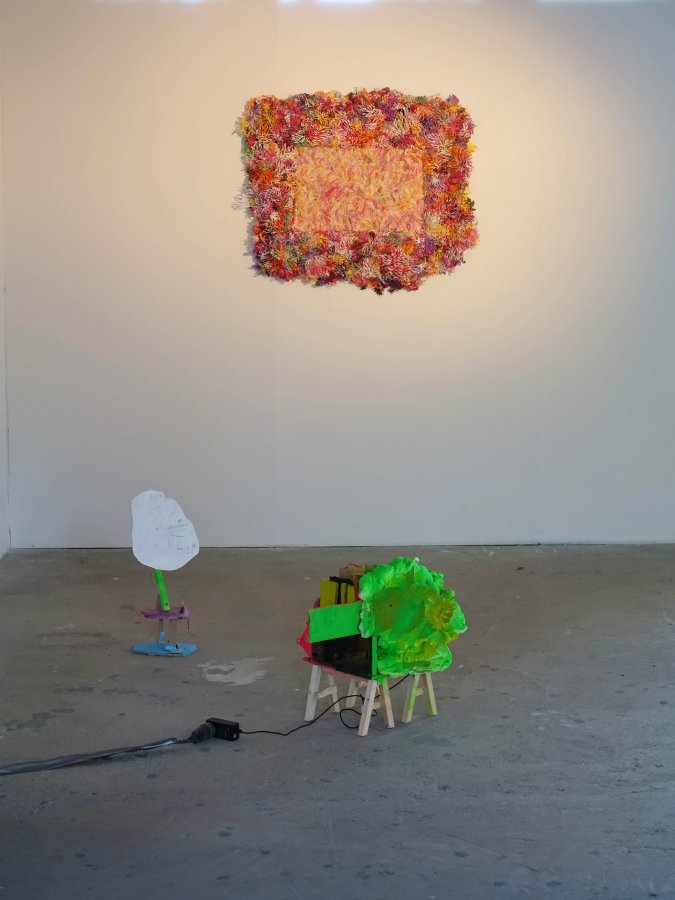 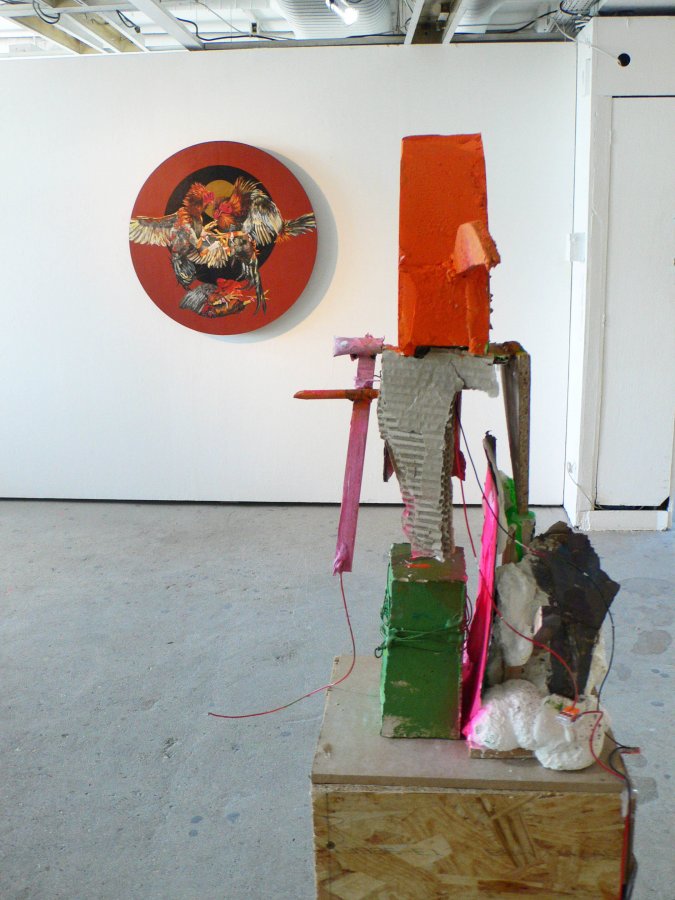 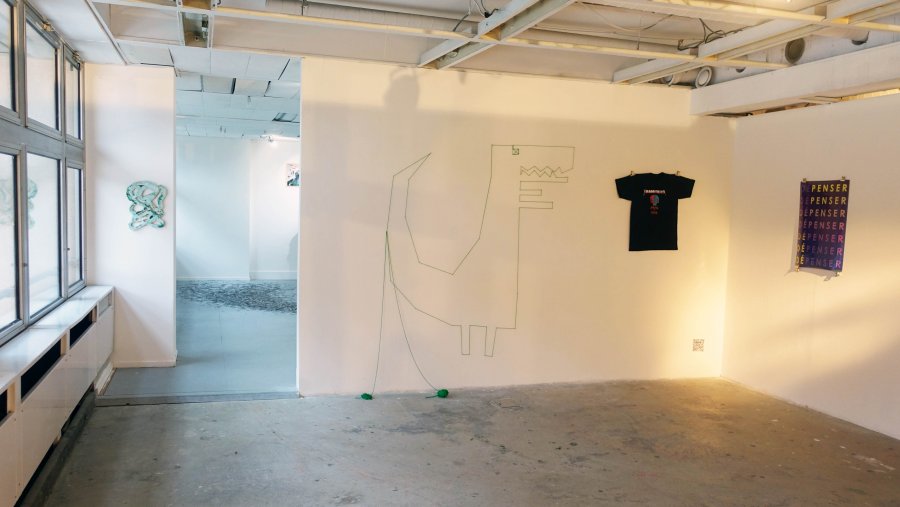 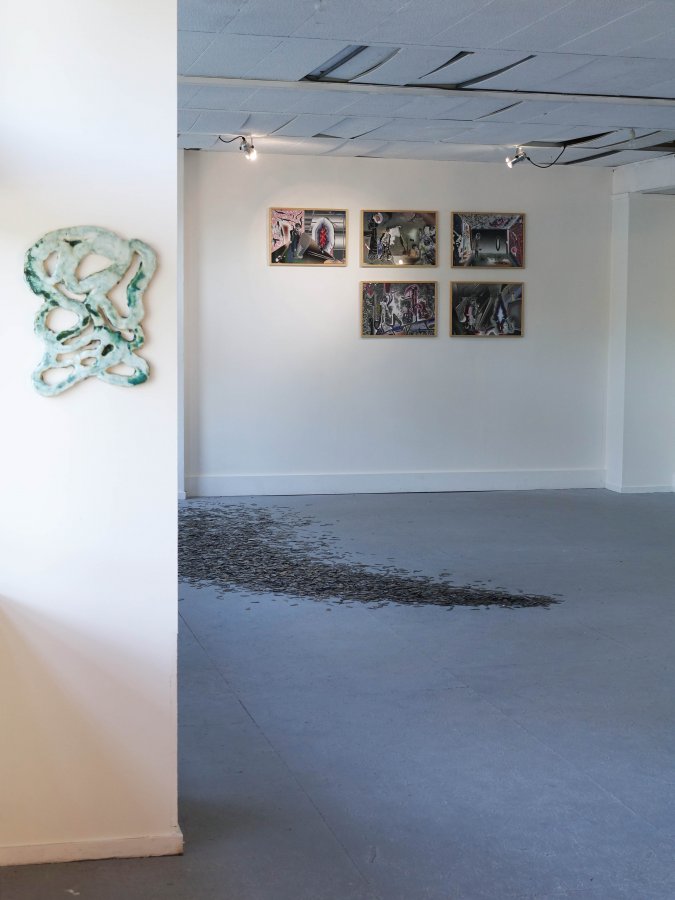 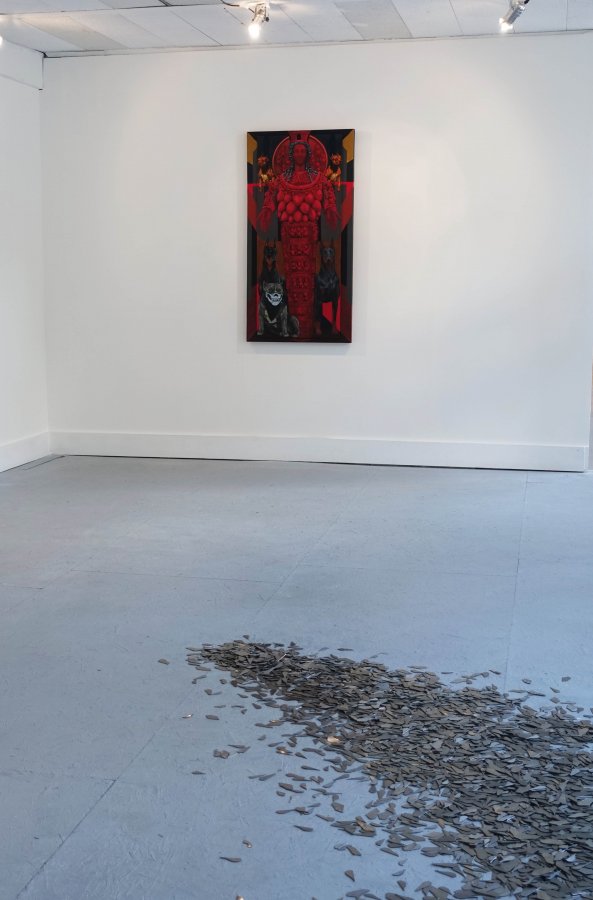 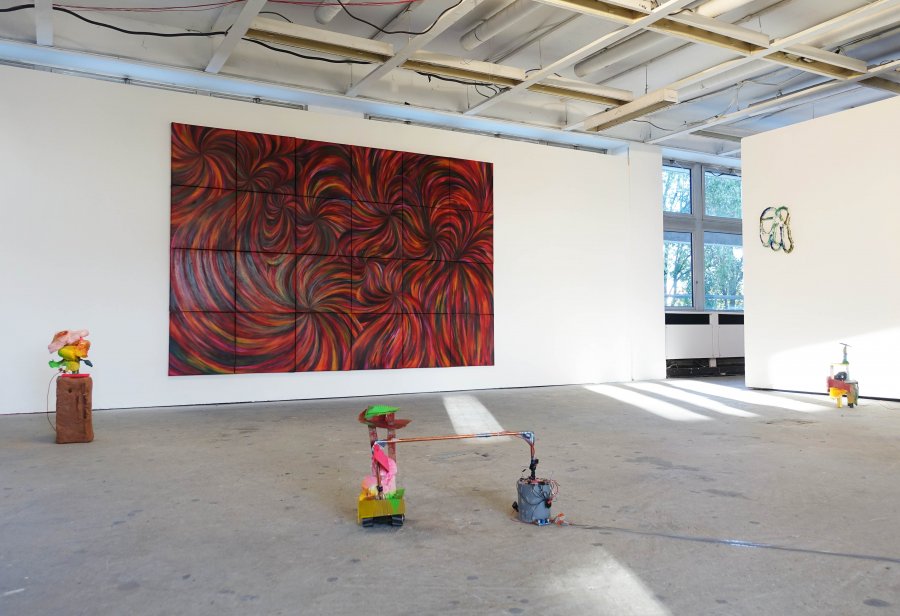 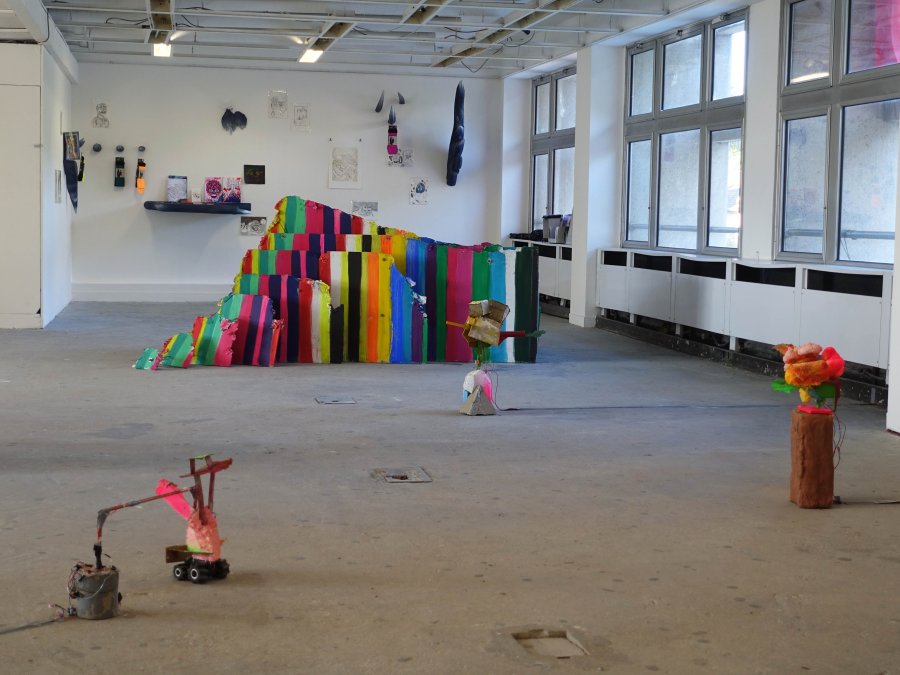 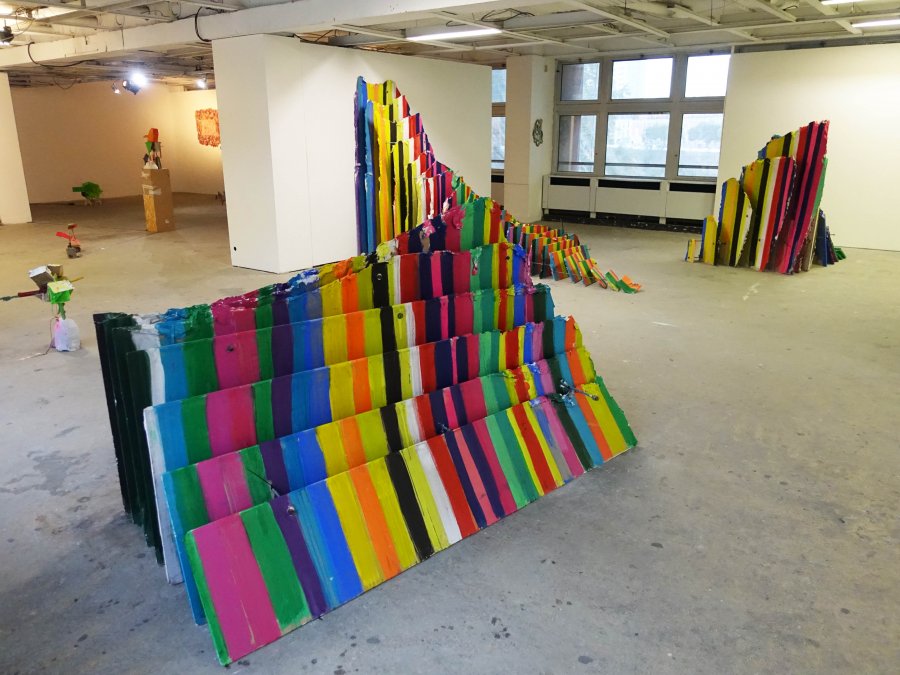 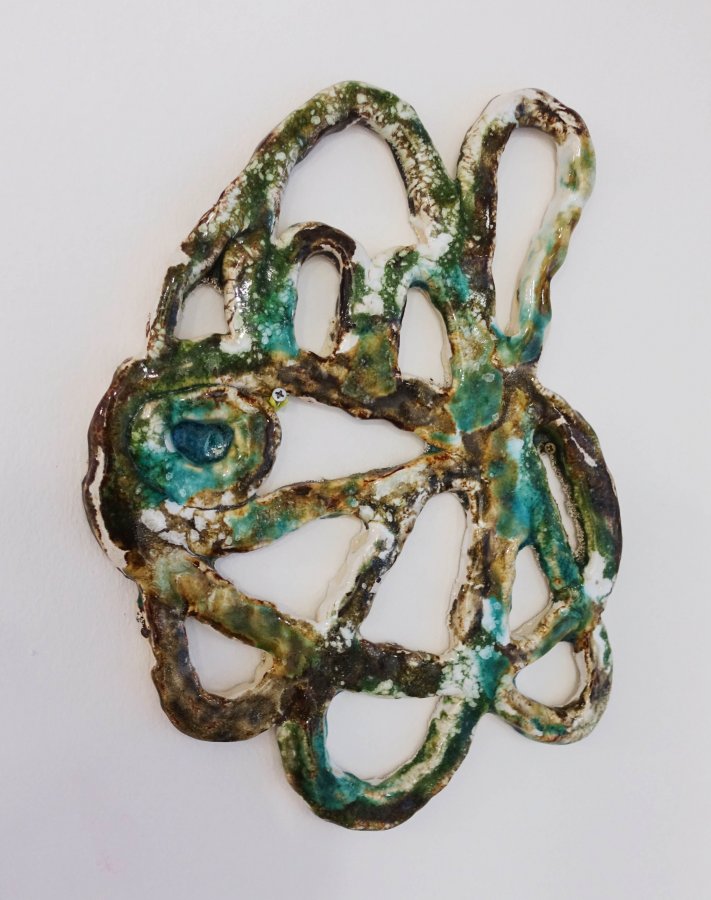 Colour pit invites the audience to experiment the violence as it can be exerienced in an extrem metal concert. At the same tim, it makes feel to the audience the light of the blinding spotlights that assails the scene and vanish into the pit.

« You hear that screamings. It transfixes you, gives you back your breath. Growls exhale themselves… The world vanishes, it becomes savage. The music express the painful solitude within the mass. It imposes, intense, repetitiv until exhaustion, like an incantation that dries up only when the evil has been expiated. This sounds are in disharmony with the world but create an inner harmony that is expression of suffering. It is about uneverssal pain, everyone understand each other. This violence is beautiful. You are correlating to it. »

Like a painting, this music gives life to colors. But those have bad reputation. The cold colors give the impression that the body is death or even thougth in poor health and evoke the moment when the interior of the body is surfacing, that means when we see organs througth skin.

This exhibition will be talking about « violence’n’color », the spirit of rock’n’roll in fusion with notions of violence and color.

It treats on violence of the punk that is in rupture with society and whom the fluo color of its cappilary attributes permet him to be recognized his fellow men. Surnatural colors seem to make him out to be an alien, foreigner to the world that he’s living into.

Violence that we tackle here is manageable to its extreme. Sneaky as the devil it makes other feel guilty, parasitizes language, lures and seduce to deflect the individual into eroticism in slavery. It is the imbodied predation. But et can also be explosiv without having a target.

The other facet of violence, like a savage beast, overflows out of rules of society and skips loimits. This result of rage, furor and ange ris like a fulgurance, a thunderstorm, a tornado, a tsunami !

This expression of violence, that spreads significant energy, is vital. It permit self-fulfilment of the individual. Blow society up, break te chains that hinder us, are the expression of life !

Violence, that is about here, disturbs some morality. Et permit to communicate with other. It doesn’t authorise any pretence ans push this other in his last entrechments. Et looks forward to find its essential in spite of that ethical hindrance.

Toward this total gift, that we wish to highlight in this exhibition, colors have their role to play. It is remarkable that colors in our society are predominantly tepid, tasteless and show a kind of complacency in the middling monotony. This connection to color is opposite in other culture where the lifestyle is more extreme and bring light colors daily. Moreover, in the nature, some animals shows sparkling colors to reproduce quicker because their lifetime is short. A maximum efficiency.

However, in human body representation some codes exist and color becomes fantasy. There is an extrapolation of colors in its representation to make believe that replica is more real than model. The skin becomes radiant, divine, dead brilliant. To emphasize color of the body makes it more desirable and it is the same with its gaudery.

The colors of inert material seem alive. They go out the pit to confuse us.

There is a maximum contrast that seems to annonce that burst of life will die out, that it can last only a moment. Like a photographic negative.

Color moves from the cold and unfathomable black of the pit toward the white of the sun. The most intense light that irreparabily burns the eyes.