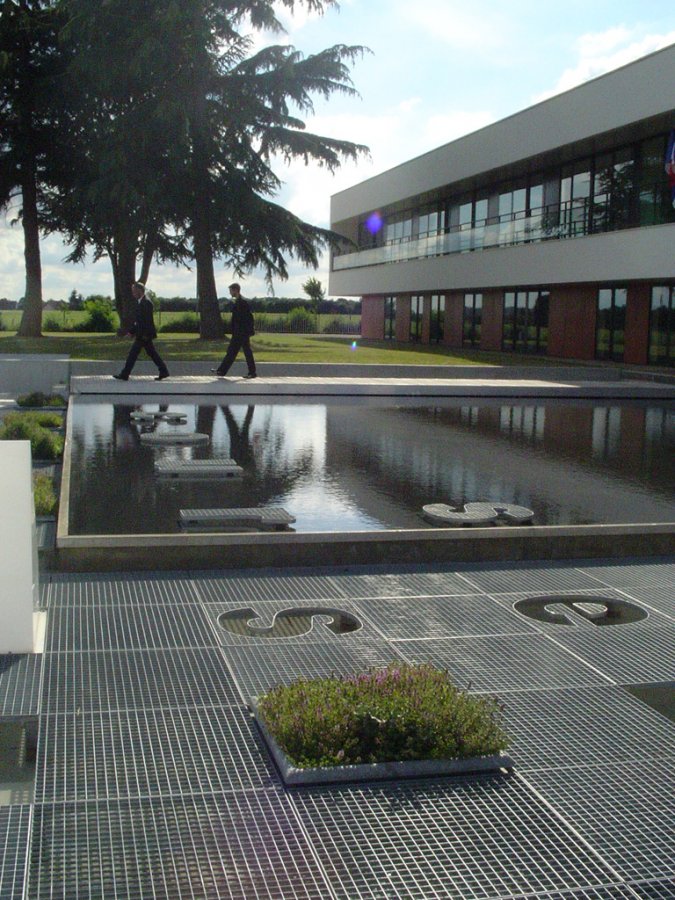 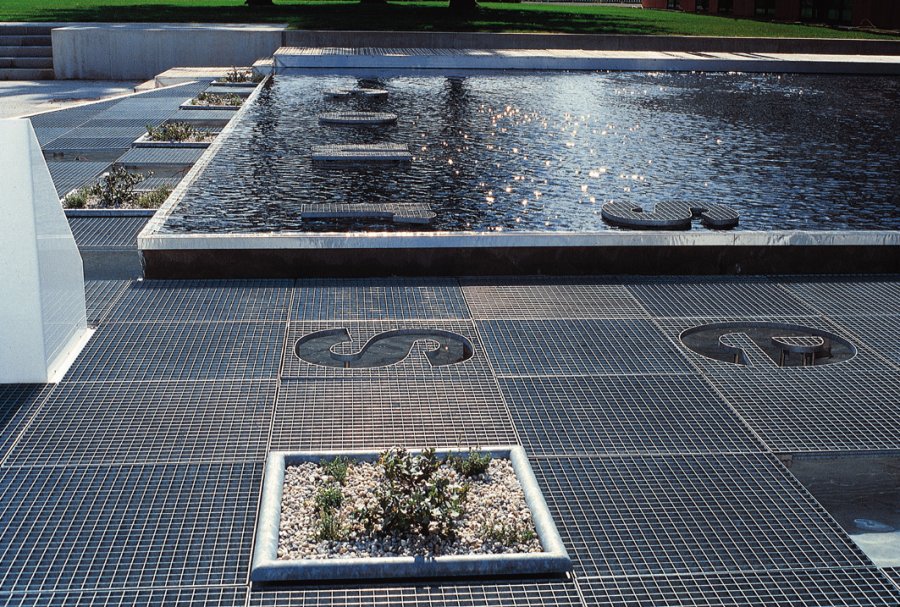 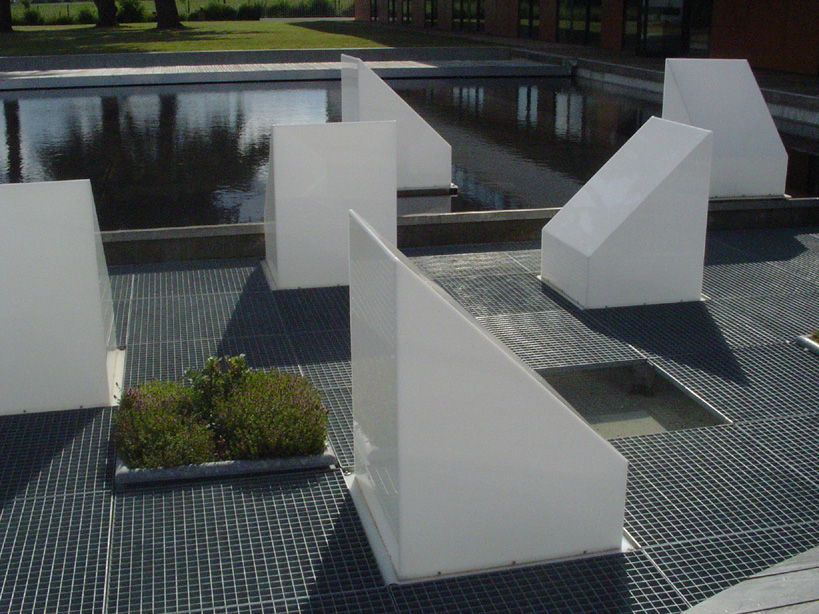 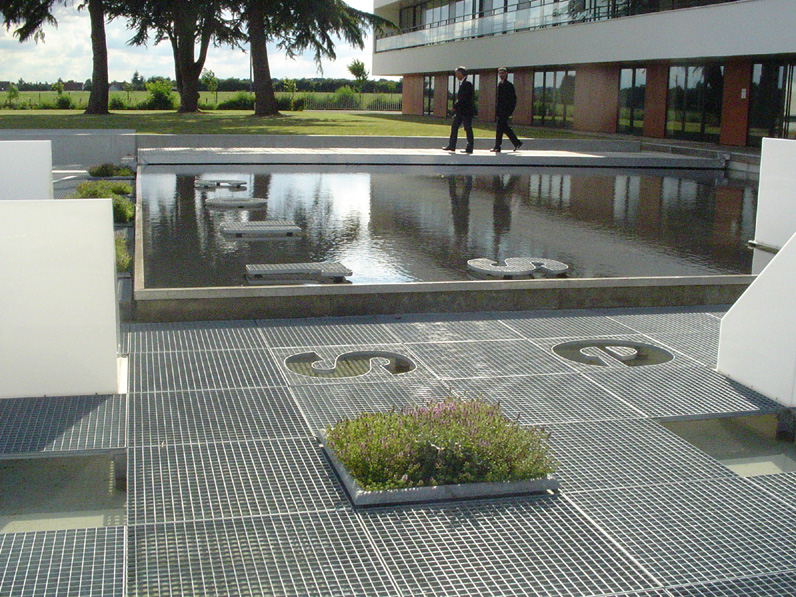 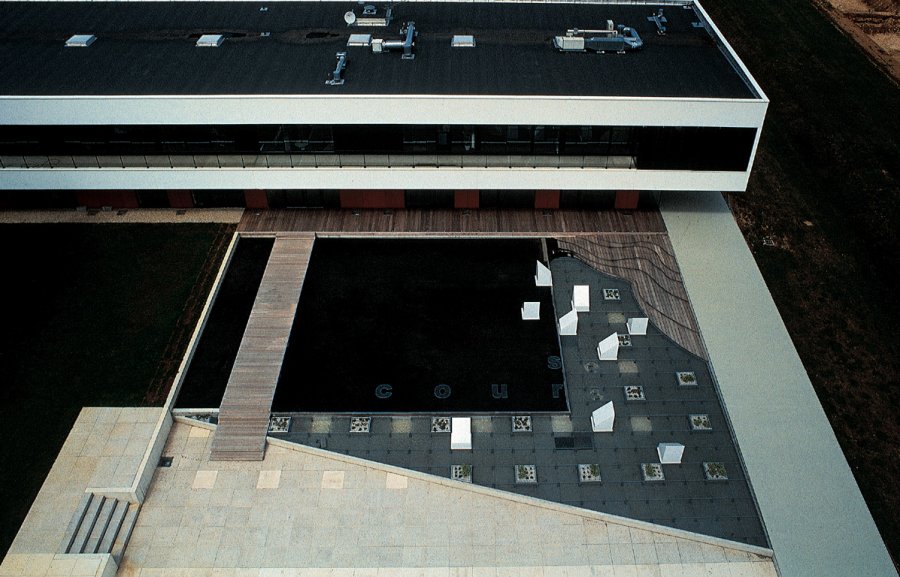 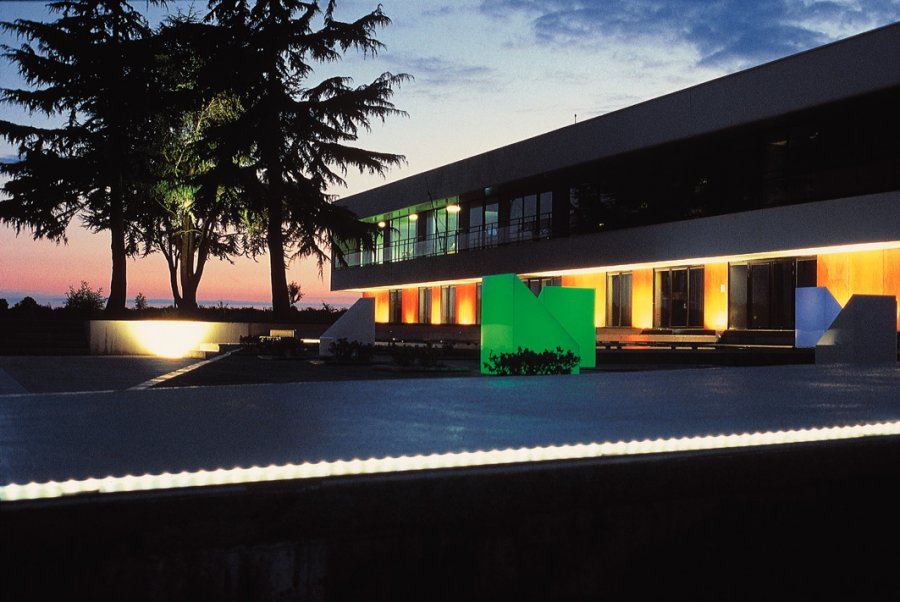 The layout and the work, designed for the site, exploit its specificities and develop between the outdoor space, that of
ceremonies and commemorations, and the interior space of the building.
Occupying this interstice, Tapis is a place of passage and exchange opposite the main entrance. The set consists of two
basins filled with water, which can be crossed by a wooden walkway and partly covered with gratings where tanks are embedded
planted with plants and small translucent architectures.
As in a carpet, the composition releases a central part occupied by a mirror of water which captures all the surrounding movements
and a peripheral frieze composed of a geometric pattern whose rhythm, alternating the full of green islets and the
empty of the cuts of the metallic frame, is broken by the emergence of architectures. These volumes, illuminated at nightfall,
reinforce the idea of ​​a miniaturized city.
A series of letters written just above the water line compose the words: cours, aide, courses which reflect the
functions of the site and the activities of its occupants. The water in the upper basin supplies the lower basin by curtain overflow.
The scale of the various constituent elements of the work varies from scale one to that of the reduced model, to that of the model.
During the passage, each one is confronted with two distinct spaces: that which is crossed physically and that which is represented
mentally, a kind of imaginary landscape or geography, as the contour lines that come in turn suggest
close the upper part of the frieze.
The carpet in its traditional form carries signs, it is a representation of the world, of the cosmos which enters our
habtats where it constitutes an element of meditation, protection or decoration.
In contrast to the inert patterns and signs of the carpet, the work here offers a dynamic space, continuously animated by
daily movements, the effects of light and shimmer, the sound of falling water; as many energy flows which
metaphorically reflect an image of the contemporary world.